It was in the fall of 1918 when the Rev. Wm. F. Dietze, having accepted the call of the Mission Board and a little group of Christians residing in the Houston Heights, began conducting church services in the Houston Heights High School, Twelfth and Yale streets, with approximately fifty people in attendance. Shortly afterwards a 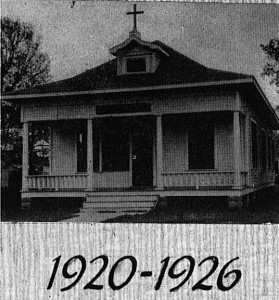 Sunday School organization was set up with some twenty children enrolled.

The Rev. O. P. Hinge accepted the call to Immanuel in 1923. The congregation became self-supporting in 1925 and purchased land at Fifteenth and Cortlandt Streets. Pastor Hinge resigned due to failing health in September 1925 and passed away shortly thereafter.

The Rev. A. J. Meyer was called in 1925 and served Immanuel until 1941. During this time the brick church was built, beginning with the basement which was dedicated in 1926 and was used for worship until 1932 when the superstructure was dedicated. 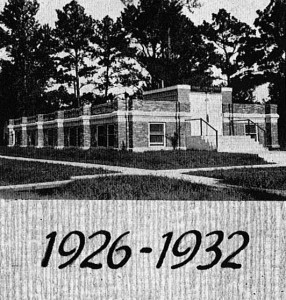 n 1942 the Rev. Elmo E. Miertschin accepted the call to Immanuel. During his pastorate, the gymnasium with five classrooms, the new sanctuary, and the parish hall and adjoining classrooms were built. Pastor Miertschin served Immanuel until 1974

In 1994 Rev. Timothy Carr accepted the call to Immanuel and served until 1997 at which time he accepted a call in Illinois.

In 1996 Rev. Scott Firminhac accepted a call to Immanuel as Assistant Pastor. The Congregation changed his call to Senior Pastor in 1998 and he served in that capacity until April 1999 at which time he accepted a call in Wyoming.

In July of 1998 Pastor Timothy Steckling accepted a call at Immanuel as Assistant Pastor.

In February of 2000 Pastor Timothy Steckling accepted a call at Immanuel as Senior Pastor.

On September of 2000 Pastor Victor Atsinger began his call at Immanuel as Pastoral Assistant. He resigned from his duties in 2002.

On March 3, 2002 Pastor Steckling gave his final sermon as pastor at Immanuel after receiving and accepting a call to St. Paul’s Lutheran Church in Winside, Nebraska. 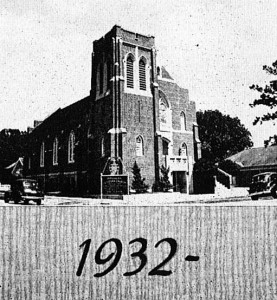 Pastor Timothy Carr was installed as Senior Pastor at Immanuel Lutheran Church in September of 2002 and served the Lord in that capacity until July of 2007.

In 2002 Pastor Carr was assisted by Reverend Erwin Metz and in July of 2003, Pastor Ben Gonzales was installed as Assistant Pastor at Immanuel Lutheran Church. Pastor Ben resigned his call at Immanuel in September of 2004 to serve as a Mission Pastor in the St. Louis area.

Rev. Tom Brouwer was installed as Senior Pastor at Immanuel on March 2, 2008 after serving as vacancy pastor for six months. He resigned in the spring of 2010.

Summer of 2013, Rev. Jeffrey W. King accepted Immanuel’s call to serve as Senior Pastor and was installed on Sunday, September 22, 2013.

In July of 2018, Rev. Jeffrey King resigned as Senior Pastor of Immanuel.

The Rev. Richard M. Gaub is serving Immanuel as the Vacancy Pastor.